The Shaman Sickness – a heavy gift of the spirits (part 2) 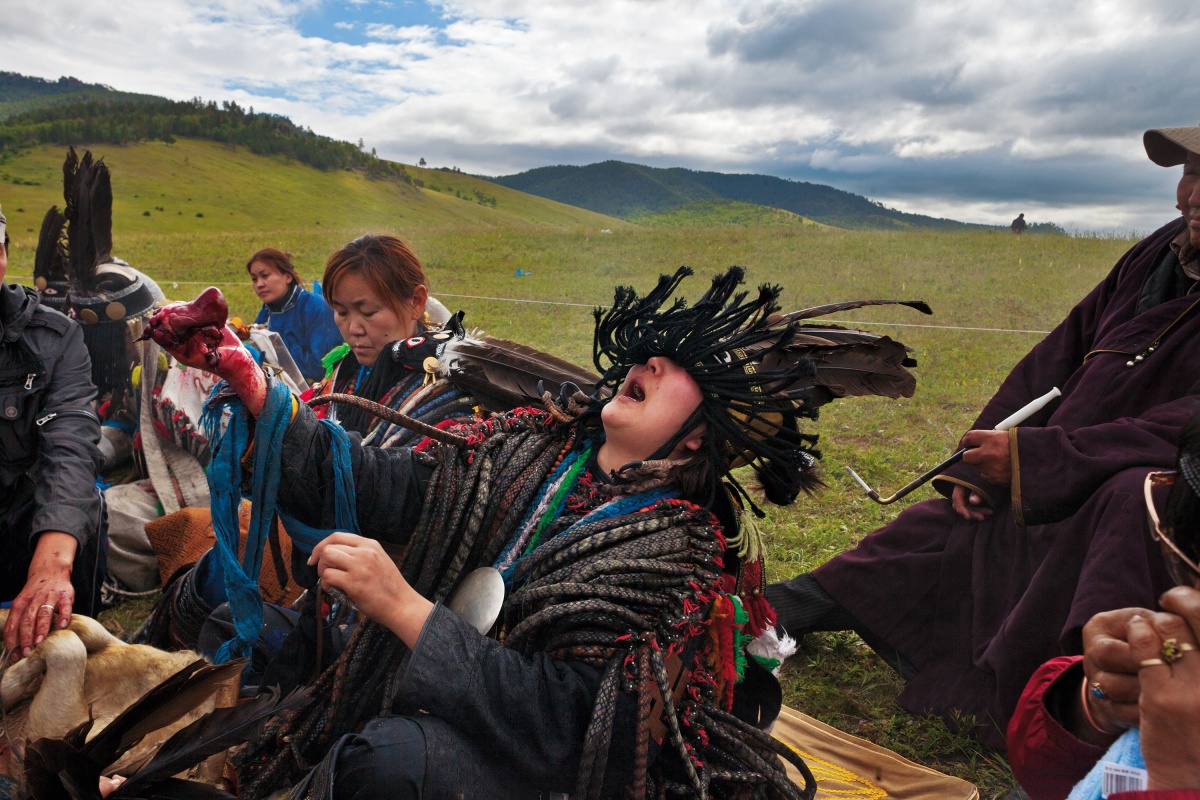 The Shaman sickness represents the strongest nervous breakdown, which cannot be treated by conventional medicine. Only initiation into shamanism can remove the ailment. In a symbolic sense this is the call of the ancestors who chose this or that person to be a shaman. If the chosen candidate refused, he either died or went insane. There is much evidence of how this sickness occurs.

(Testimony of Mikhail Stepanov from the book. G.V. Ksenofontova “Legends and stories from the Yakuts, Buryats and Tungus)

One hundred and fifty years ago in the 4th Kharanutov clan of the Kudinsky province a Buryat lived by the name Aldyr-Areev. He was ill, went crazy and mad for some 15 years. He was running naked for 5 miles in the winter time. Then his “uttha” found him — Baruunai (from Hondogor-Shosholok). The uttha says to him: “Why are you fooling around? Don’t you know us? Be a shaman! Count on us — uttha! Agree?” He agreed.

As we can see “uttha” — the spirits of the dead shamans — plays a significant role in this sickness. In the Buryat tradition uttha is also associated with the meaning of the root, the blood right to become the chosen one. If a person has strong shamans in the kinship, it means that he has uttha, and the spirits can offer him a heavy fate, chosen by the spirits. Uttha appears as a personified phenomenon, which refers to the initiate. In most cases uttha asks the chosen’s agreement or disagreement about the new role, as well as what the subject must do in order to safely go through the path of initiation.

Modern views about the course of the shaman sickness are mainly associated with nightmares. Their depth and realism is striking. In the late 90’s the following case was described:

Two spirits of Mongolian shamans began to appear to a Buryat woman. The visions were terrible: the woman was pursued by hands, palms. Sleep interfered with reality. Once right after another nightmare the woman woke up, opened her eyes… “And to my horror I saw over myself the very palms that I met only in the dream.” Only after a scream of horror and the light switched on by relatives in the room did the vision disappear. The hardship of the woman manifested also in the fact that she did not speak the Buryat language. Uttha talked with her exactly in Buryat. The chosen woman simply did not understand what the spirits of her ancestors wanted from her.

In short, the shaman sickness represents a sacred phenomenon, which naturally has its own mythology. The views that the world is inhabited by spirits on which the life of the kinship greatly depends dates back to those times when man was defenseless against the forces of nature. Obviously it was then that the conviction arose: spirits live next to man, but not all people can see them. This ability is characteristic to the chosen ones, which appears in the process of initiation, the shaman sickness.

For Siberian people, the place in which learning takes place is rather arbitrary. This may be the sky, and may be the lower world. They say that the shaman’s “color” depends on it: white or black. But the black shaman is not the one who is meant to harm people, he just communicates and resorts to the help of the spirits of the lower world. Here is a snippet of the visions of Spiridon Gerasimov, a Yakut shaman:

While I was laying down in this position they began to pull to the left with an iron hook. I raised my head, my eyes were still able to see. It turned out I was lying in the outfall of a Bloody River which was flowing back and forth… They were drawing water from this river and they got me fully drunk, then having drilled my ears they put me in a pottery… and said: “You have become a famous shaman, having bloody feet.” They threw a piece of gore with the size of a pillow, and putting me in it they said: “Be famous among the evil shamans with bloody feet.” I was repeating these words without knowing why. They put a loop of rope around my neck and took me somewhere far away.

As we can see we have a description of the shaman disease of the “evil” or “black” shaman. The image of the Bloody River draws attention, giving the elect one the name of a famous shaman with bloody feet. The river bed branches creates the image of a tree. In this sense, water as a symbol of Chaos becomes the main vehicle of the shaman in the Lower World. Thus, we are talking about the World Tree, connecting the Upper, Middle and Lower Worlds. The river outfall – the beginning of the river, the point from which the tree grows. Therefore Spiridon stands at the foot of the tree, which he intends to use to travel to other worlds. In the Yakut tradition, the souls of unborn shamans were fed in nests or “cradles” of the world tree.

Equally important is the symbolism of suffering. Before being chosen by the spirits, the initiate’s soul was boiled in a cauldron, slain… Perhaps it was the degree of torment that befell the initiate that determined his future strength:

Now we will cut your meat, we will cook it, to make you ripen. You will lie dead, and we will put your meat back and you’ll come back to life, as a shaman. No other meat will be cooked for you, so you need to know your own. If we apply someone else’s meat, then stupidity will come out!

According to other sources, the spirits counted the bones of the future shaman. If the “initiate” had enough of them then he could become a shaman, if not – the person died. It was considered a good sign if the shaman had more bones than an ordinary person. It was a sign of his power. Therefore, the Buryats highly esteemed the six-fingered shamans, who had a biological deviation. A famous Olkhon shaman Valentin Hagdaev has six fingers on one hand. 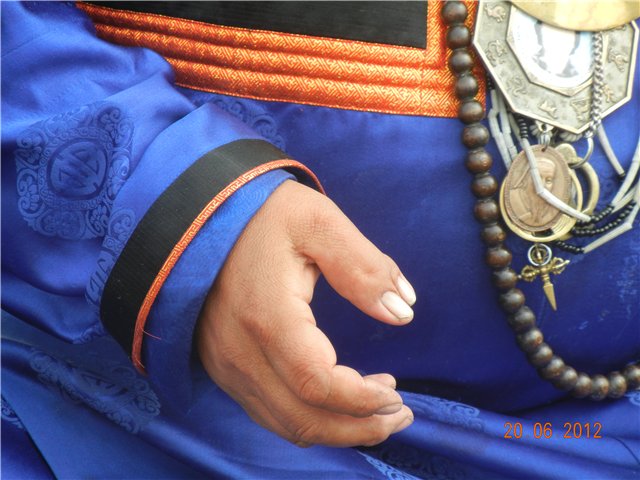 Anyhow the meaning of the shaman sickness is the death of the ordinary person and the birth of the shaman. Under normal conditions such a birth is the result of the call of the person by the spirits of the ancestors. However there is evidence when a person became a shaman differently:

There was a big black shaman by the name Mylyksen Baltaevsky who died ten years ago in the Bulagatsky region. When he became a shaman he gave to his uttha seventy people from his relatives. He didn’t have his own uttha, therefore he could not have been a shaman… He climbed by force, took another’s uttha… For this he was punished… seventy people he laid down, and became a shaman.

Buryat Mylyksen gave to his uttha seventy people from his relatives to become a shaman. Previously he did not have uttha, and from seventy people a new uttha was formed. A shaman who has a uttha must not give.

It remains a mystery how this shaman experienced the shaman sickness, if he didn’t have uttha; how did he manage to make contact with the spirits with whom he bargained for the right to be chosen? And this means 70 people whose lives he was forced to pay off? Was it fateful, pursuing him all his life, or was he symbolically sacrificing his relatives and depriving them of protection, or something else. 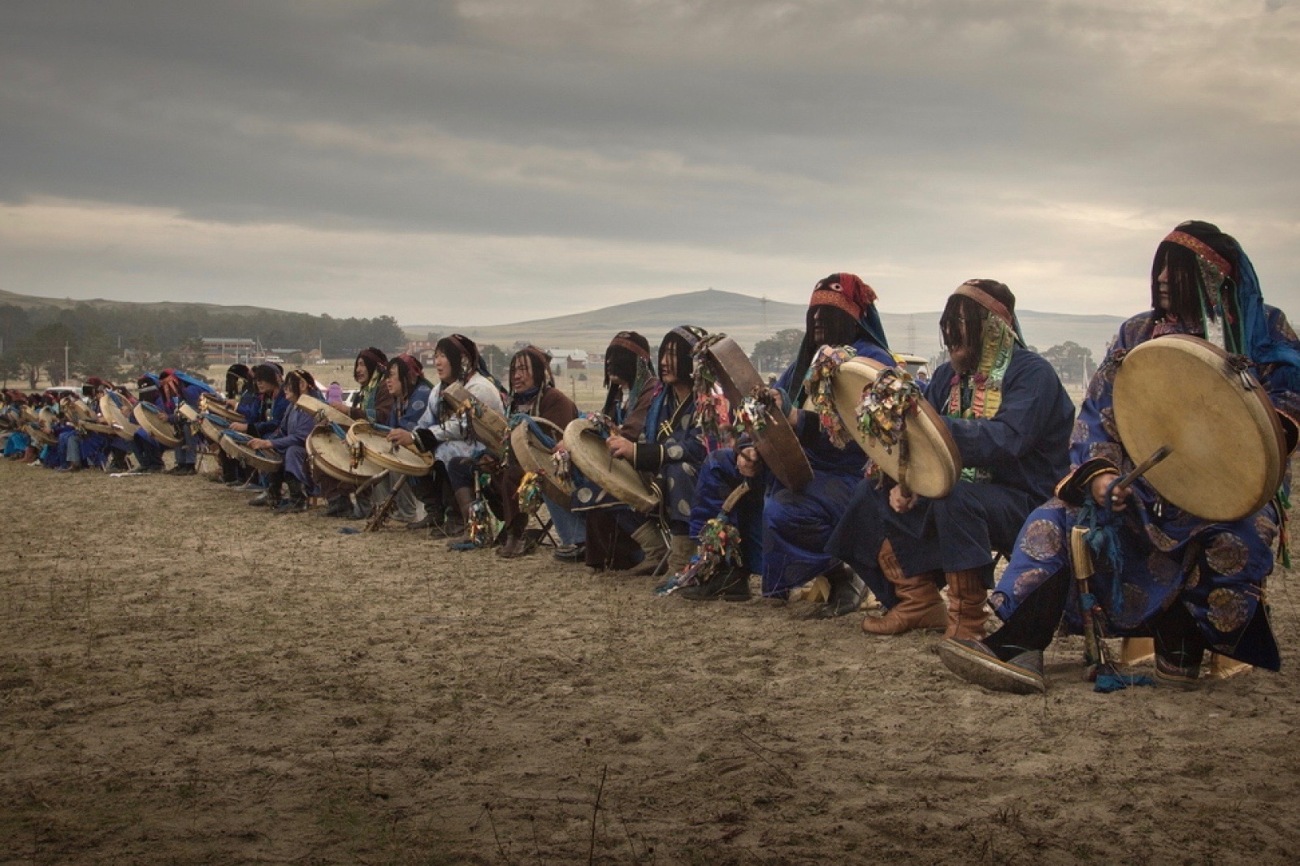