The Road to Heaven – A Parable 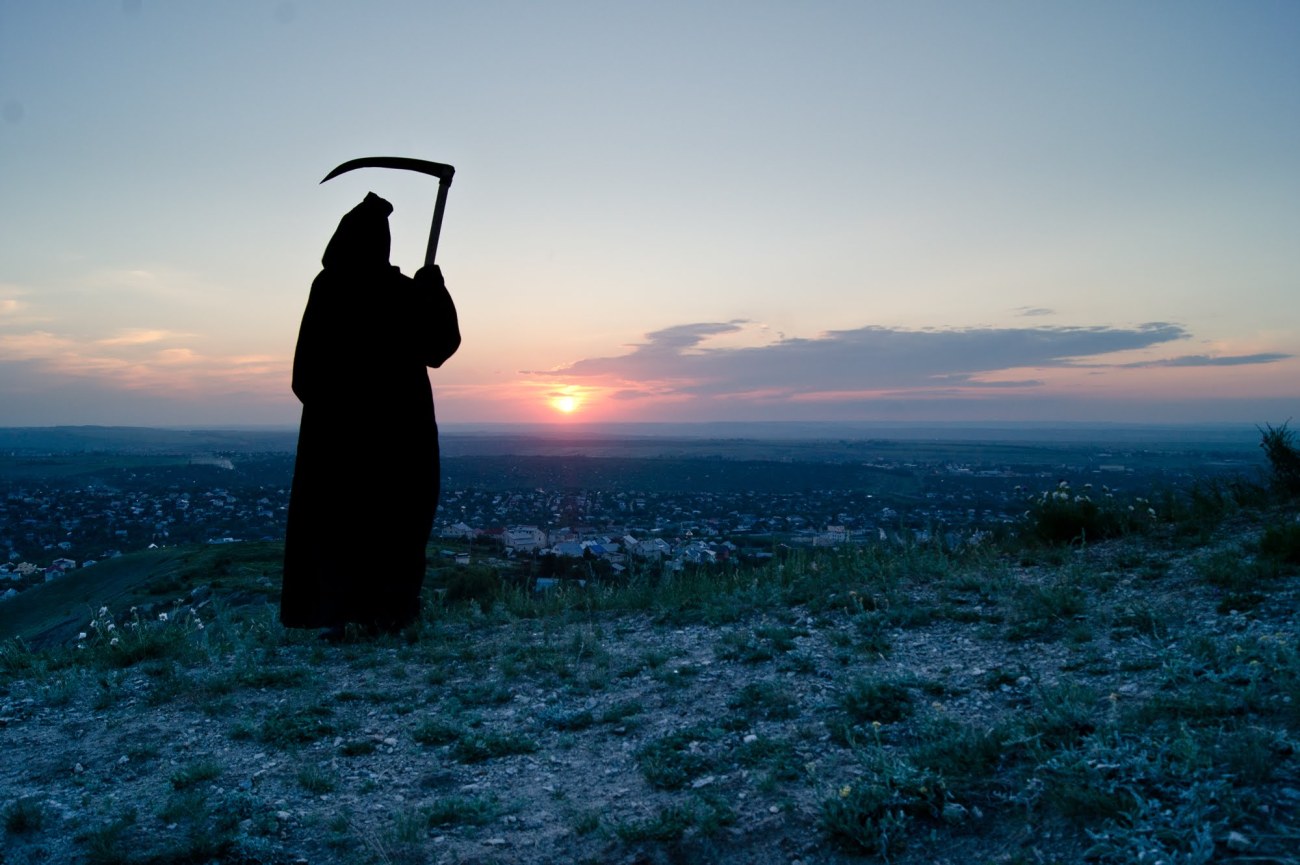 “Are you a blacksmith?”

The voice behind his back was heard so unexpectedly that Vasily even shuddered. Besides he didn’t hear the door of the workshop being opened and someone come in.

“Did you try to knock?” he answered rudely, slightly angered at himself and at the prompt client.

“Knocking? Hmm… I haven’t tried it,” the voice answered.

Vasily grabbed a rag from the table and wiping his worn out hands turned around slowly, searching for a rebuke in his mind which he was about to throw into the face of the stranger. But the words remained somewhere in his head, because he was faced with a very unusual client.

“Could you straighten my scythe?” with a female but in a slightly hoarse voice asked the guest.

“Is that all, uh? The end?” the blacksmith sighed, throwing the rag somewhere in a corner.

“Not yet, but much worse than before,” Death replied.

“Sounds logical,” agreed Vasily, “one can’t argue. What do I have to do now?”

“And then to sharpen, if possible.”

Vasily glanced at the scythe. And indeed a few scrapes were visible on the blade, and the blade itself was already like a wave.

“I understand,” he nodded, “but what should I do? To pray or get my things in order? I’m just the first time, so to speak…”

“Aaaah… you about this,” Death’s shoulders shook in silent laughter, “no, I’m not after you. I just need to fix up the scythe. Can you do it?”

“So I’m not dead?” the blacksmith asked, quietly palpating himself.

“You should know better. How do you find yourself?”

“You have no nausea, dizziness, pain?”

“N-n-no,” the blacksmith said uncertainly, listening to his inner feelings.

“In that case you have nothing to worry about,” Death answered and handed him the scythe.

Taking it in his instantly stiffened hands, Vasily began to examine it from different angles. It was a half an hour job, but the realization of who will sit behind and wait for the end of work automatically prolonged the period at least for a couple of hours. Stepping with padded legs the blacksmith approached to the anvil and took up the hammer.

“You… Sit down please. Won’t you just stand up will you!?” Vasily suggested, embedding in his voice all his hospitality and benevolence.

Death nodded and sat on the bench, leaning her back on the wall.

The job was coming to an end. Straightening the blade as best as possible the blacksmith took a grindstone into his hand and looked at his guest.

“You’ll pardon me for being frank, but I just can’t believe I’m holding in my hands an object with the help of which so many lives have been ditched! No weapon in the world can match it. This is truly incredible.”

Death sitting on the bench in a casual position and looking at the interior of the workshop, somehow strained noticeably.

“What did you say?” she said softly.

“A weapon? Did you say weapon?”

“Maybe I didn’t express myself right, I just…”

Vasily couldn’t finish speaking. Death, jumping up from its place with lightning speed, appeared at once right in front of the blacksmith’s face. The edges of its hood quivered slightly.

“How many people do you think I killed?” she hissed through her clenched teeth.

“I … I don’t know,” Vasily squeezed from himself ,lowering his eyes to the floor.

“Answer!” Death grabbed his chin and raised his head up. “How many?”

“How many?” she shouted right into the blacksmith’s face.

“How could I know how many of them were there?” the blacksmith squealed trying to look away.

Death let go of his chin and fell silent for a few seconds. Then hunching her shoulders she returned to the bench, heavily sighing she sat down.

“So you don’t know how many of them there were?” she said softly and, without waiting for an answer, continued, “What if I told you that I’ve never, do you hear?” I’ve never killed a single person. What do you say to that?”

“I’ve never killed people. Why should I do this if you yourselves are doing a great job on this mission? You yourselves are killing each other. All of you. You can kill for the sake of papers, for the sake of your anger and hatred, you can even kill just for fun. And when you don’t get enough of that, you make wars and kill each other by the hundreds and thousands. You simply like it. You are addicted to someone else’s blood. And you know what’s the worst thing about all this? You can’t admit it to yourself! It’s easier for you to blame me for everything.” She paused for a moment, “Do you know what I was like before? I was a beautiful girl, I met people’ souls with flowers and escorted them to the place where they were destined to be. I smiled at them and helped them forget about what had happened to them. It was a long time ago… Look what I’ve become now!”

She yelled the last words and, leaping up from the bench she threw off her hood.

In front of Vasily’s eyes appeared the face of a deep old woman, covered with wrinkles. Rare gray hair hung with tangled locks, the corners of the cracked lips were unnaturally lowered, exposing the lower teeth, curved fragments peeping out from under the lip. But the most terrible were the eyes. Absolutely faded, nothing expressing eyes, they stared at the blacksmith.

“Look what I’ve become! Do you know why?” she took a step toward Vasily.

“No,” he shook his head squeezing under her gaze.

“Of course you don’t,” she grinned. “You made me like that! I saw a mother killing her children, I saw how a brother kills his brother, I saw how one person can kill a hundred, two hundred, three hundred people in one day!.. I sobbed, looking at this, I howled from the misunderstanding, from the impossibility of what was happening, I screamed in horror…”

The eyes of Death shone.

“I changed my beautiful dress with these black clothes so that the blood of the people I saw off could not be seen on it. I put on a hood so people would not see my tears. I do not give them flowers anymore. You transformed me into a monster. And then you accused me of all your sins. Of course, it’s so simple…” She stared at the blacksmith with unblinking eyes. “I’m seeing you off, I’m showing you the way, I’m not killing people… Give me my scythe, you fool!”

Tearing her tool out from the blacksmith’s hand, Death turned around and headed for the exit of the workshop.

“Can I ask you one question?” was heard from behind.

“You want to ask, why would I need a scythe then?” she asked, stopping at the open door without turning around.

“The road to heaven… It has long been overgrown with grass.”

The above parable was translated into English by ©Excellence Reporter