Tom T. Moore: The Most Unique “Meaning of Life” 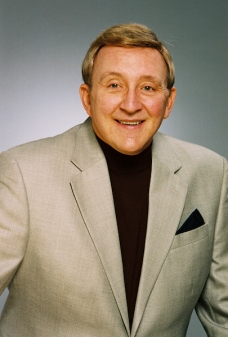 Excellence Reporter: Tom, what is the meaning of life?

Tom T. Moore: The meaning of our lives is much more complex than we can imagine. Here is what I’ve been told in my meditations.

The Creator of our universe (there are billions of creators and billions of universes) decided to try and find a way to work with the four negative energies. In our universe and all the other universes everyone only lives and works with the ten positive energies.  So IT went about creating the “Earth Experiment.” The Creator asked for souls who would volunteer to take part. They had to have already reached a certain vibrational level, but IT promised they would be put on a “fast-track” to raise their vibrational levels to a point where in the future they would meld together and become a creator, which had never been done before in any creation. It would also allow the Creator to go to another level.

Our souls were all having lives on other planets, and being much more powerful than we can imagine, created soul “clusters” containing on average six to twelve soul “fragments.” Each soul fragment would have, on average, 600 to 800 lives on Earth to experience every single thing and every single experience the Earth has to offer, all in a negative environment, where they would be veiled from remembering anything of where they originated. I used to think that the soul fragments were like identical peas in a pod, but in actuality each soul fragment was given a different soul interest. As an example, my soul interest is religions, but another member of my cluster has lived about 800 lives on Earth as an explorer. Plus, our souls may be having 500,000 to over a million lives going on at the same time all across the universe for their learning and knowledge.

But the Creator knew we needed a support staff to help us through these lives in a negative environment and energy. So IT sent out the call for “whole souls” who would become what we call “Guardian Angels” (GA’s). In Earth terminology these are very old souls that glow a golden light, and are called “Golden Light Beings.” They prefer the term, “Servants of the Creator,” but are called many names, depending upon one’s spiritual beliefs. Each of the over one million GA’s takes care of thousands of souls’ soul fragments in all of their lives on Earth, including their 12 parallel lives for each life, all at different frequencies. The upper frequencies have easier lives than the lower frequencies. We are on Time Line 6, a middle frequency.

Our support staff also includes, besides the soul of the Earth that we call Gaia in modern times, four million other souls from across the universe who volunteered to ensoul every living thing on Earth, including some things that we don’t consider living. So as an example, one whole soul ensouls every single dog on Earth. Another soul ensouls every domestic cat on Earth, but not the other felines. And on and on it goes—birds, fish, insects—you name it. I’m told Creator loves every single being not only on Earth, but all across the universe.

We are the Explorer Race, and starting around 3250 we will learn how to “Portal hop” across the universe. We will then start spreading small bits of negative energy (.2% to a maximum of 2%) to other planets. Many of these societies are over a billion years old and are far in advance of us technologically, but are stalled in raising their souls’ vibrational levels. By introducing these small amounts of negativity, they will all start to grow again. That will be our contribution to the universe, and the meaning of our lives! Our souls’ reward one day will be to merge and become a creator ourselves and take over running this universe.

~Tom T. Moore is a speaker and the author of THE GENTLE WAY series of three books, and was voted “Best Self-Help Author” by the readers of a health magazine for three straight years. He is also the author of FIRST CONTACT: Conversations with an ET and ATLANTIS & LEMURIA: The Lost Continents Revealed! Additionally he’s the CEO of an international film & TV program distribution company. He publishes a free weekly newsletter and a weekly Blog. These can be found on his website,
www.thegentlewaybook.com