Brother Dr. Bernard Seif: The Meaning of Life and The Glorification of Our Wounds 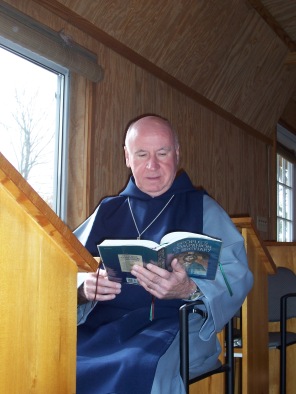 Excellence Reporter: Brother Bernard, what is the meaning of life?

Bernard Seif: Meaning is something we all search for, be that journey a conscious or subconscious one. Even those of us well trained in the scientific method experience meaning in a subjective or existential manner. My mother was already dead by the time I was two years old and my severely handicapped eldest sibling was institutionalized not long after that. Even as a small child I intuitively sensed that there must be more to life than what the material world revealed.

I remember sitting in church at about five years of age and wondering if all those adults really believed in what they were saying and doing during the service or were they simply too afraid to admit that they doubted the existence of anyone or anything beyond what they could see—perhaps a type of subconscious communal denial. I intuitively knew that all material things, including the cavernous big city church I was in, would one day turn to rubble. (A search on the internet revealed that the roof of that huge church is presently caving in and some of the granite blocks outside are falling down to the point where cyclone fencing had to be erected for the safety of people passing by.) None of this made me frightened or depressed, simply curious. Such was the beginning of my quest for meaning in life—an experience that has been dynamic and the results of which change with developmental phase and life circumstance.

Having gotten my crisis of faith over with early on I entered the Catholic Christian vowed religious life at the age of seventeen, fresh out of high school. This eventually led to ministering as a clinical psychologist and doctor of natural medicine and ultimately transitioning from my less cloistered order to life as a monk. Spiritual direction and retreat work became like panning for gold, not only the gold in the people I was honored to work with but also the gold within me. Some of the published research and workshops I offered centered on prejudice and religious values. Thus, meaning in life is a life-long process of self-discovery and the rooting out of our prejudices of any sort toward self and others.

Meaning in life has a great deal to do with freeing ourselves of our prejudices which, as I see it, is what lies at the heart of healthy religion of any variety. Jesus didn’t lose his wounds after the Resurrection, rather he showed them to others and said: “Shalom.” His wounds became glorified, and ours can also, even though there are many times when we may doubt that to be the case. The founders of my spiritual family, Saint Jane de Chantal and Saint Francis de Sales, teach us to do: “All through love and nothing through fear.” The journey continues. May we all help one another along the way.

~Brother / Doctor Bernard Seif, SMC, EdD, DNM is a Christian monk in the Roman Catholic and Salesian traditions and Clinical Psychologist, Board Certified in Behavioral Medicine. He is also a Doctor of Natural Medicine specializing in Chinese Medicine with sub-specialties in Medical Qigong and Chinese medicinal herbs. Brother Bernard is certified as an Advanced Clinical Therapist and a Qigong Teacher by the National Qigong Association and is a Lifetime Professional member of that organization, past Ethics Chair, has served on the NQA Board of Directors, and is a member of the World Academic Society of Medical Qigong. He is certified in clinical hypnosis and an Approved Consultant through the American Society of Clinical Hypnosis and enjoys writing monastic mystery books and hiking in the woods. Brother Bernard has studied in both the United States and Asia and gives workshops and retreats here and abroad.