Jack Kornfield: The Meaning of Life and The Mystery 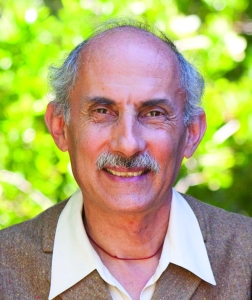 Excellence Reporter: Jack, what is the meaning of life?

Jack Kornfield: When I was younger, I would lie on the grass on a clear night and gaze at the stars. I would imagine that I was at the very bottom of the world, held against the earth by the huge magnet of gravity. I would look down into the vast sea of stars and galaxies. What a mystery.

We are that mystery, made of stardust and consciousness, gazing at itself. When we awaken to the mystery, then all is love, life itself is a gift.

~Jack Kornfield trained as a Buddhist monk in the monasteries of Thailand, India and Burma. He has taught meditation internationally since 1974 and is one of the key teachers to introduce Buddhist mindfulness practice to the West. Jack holds a Ph.D. in clinical psychology, is co-founder of the Insight Meditation Society, and his books have been translated into 20 languages and sold more than a million copies.
www.JackKornfield.com