Carlos Castaneda: On the Wisdom of Life — Living as a Free Warrior 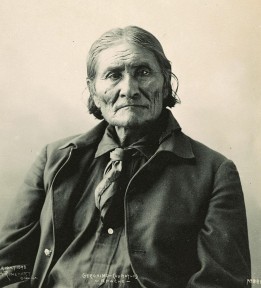 “You have everything needed for the extravagant journey that is your life. Life in itself is sufficient, self-explanatory and complete. Therefore, one may say without being presumptuous that the experience of experiences is being alive.

In a world where death is the hunter, my friend, there is no time for regrets or doubts. There is only time for decisions. If one is to succeed in anything, the success must come gently, with a great deal of effort but with no stress or obsession.

The most effective way to live is as a warrior. A warrior may worry and think before making any decision, but once he makes it, he goes his way, free from worries or thoughts; there will be a million other decisions still awaiting him. That’s the warrior’s way. The art of being a warrior is to balance the wonder and the terror of being alive. The self-confidence of the warrior is not the self-confidence of the average man. The average man seeks certainty in the eyes of the onlooker and calls that self-confidence. The warrior seeks impeccability in his own eyes and calls that humbleness. The average man is hooked to his fellow men, while the warrior is hooked only to infinity. The average man acts only if there is a chance for profit. Warriors say they act not for profit but for the spirit. A warrior takes his lot, whatever it may be, and accepts it in ultimate humbleness. He accepts in humbleness what he is, not as a grounds for regret but as a living challenge.

To be a warrior a man has to be, first of all, and rightfully so, keenly aware of his own death. But to be concerned with death would force any one of us to focus on the self and that would be debilitating.The idea of imminent death, instead of becoming an obsession, becomes an indifference. So the next thing one needs to be a warrior is detachment. Now you must detach yourself; detach yourself from everything. Only the idea of death makes a man sufficiently detached so he is incapable of abandoning himself to anything. A man of that sort, however, does not crave, for he has acquired a silent lust for life and for all things of life. He knows his death is stalking him and won’t give him time to cling to anything, so he tries, without craving, all of everything.

Anything is one of a million paths. Therefore you must always keep in mind that a path is only a path; if you feel you should not follow it, you must not stay with it under any conditions. To have such clarity you must lead a disciplined life. Only then will you know that any path is only a path and there is no affront, to oneself or to others, in dropping it if that is what your heart tells you to do. But your decision to keep on the path or to leave it must be free of fear or ambition. I warn you. Look at every path closely and deliberately. Try it as many times as you think necessary.

This question is one that only a very old man asks. Does this path have a heart? All paths are the same: they lead nowhere. They are paths going through the bush, or into the bush. In my own life I could say I have traversed long long paths, but I am not anywhere. Does this path have a heart? If it does, the path is good; if it doesn’t, it is of no use. Both paths lead nowhere; but one has a heart, the other doesn’t. One makes for a joyful journey; as long as you follow it, you are one with it. The other will make you curse your life. One makes you strong; the other weakens you.

To seek freedom is the only driving force I know. Freedom to fly off into that infinity out there. Freedom to dissolve; to lift off; to be like the flame of a candle, which, in spite of being up against the light of a billion stars, remains intact, because it never pretended to be more than what it is: a mere candle.”

~Carlos Castaneda was an American author. Starting with The Teachings of Don Juan in 1968, Castaneda wrote a series of books that describe his training in shamanism, particularly with a group whose lineage descended from the Toltecs.