Anaïs Nin: On the Meaning of Life 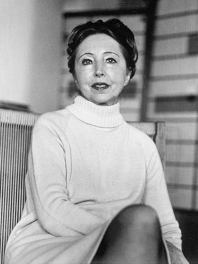 This thought has made me more and more attentive to all encounters, meetings, introductions, which might contain the seed of depth that might be carelessly overlooked.

This feeling has become a rarity, and rarer every day now that we have reached a hastier and more superficial rhythm, now that we believe we are in touch with a greater amount of people, more people, more countries.

This is the illusion which might cheat us of being in touch deeply with the one breathing next to us. The dangerous time when mechanical voices, radios, telephones, take the place of human intimacies, and the concept of being in touch with millions brings a greater and greater poverty in intimacy and human vision.” (Anaïs Nin, The Diary of Anaïs Nin, Vol. 4: 1944-1947)