Sandy Wiggins: The Meaning of Life… and the Law of Creativity 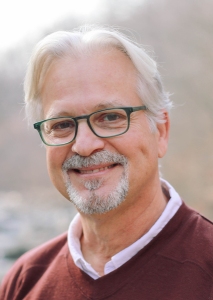 Excellence Reporter: Sandy, what is the meaning of life?

For me, making meaning in life is hinted at in the fabric of evolution. I don’t mean evolution in the way that we normally think of it, being the domain solely of living things. I mean evolution as the organizing force of our universe, a fundamental impulse that governs the whole of time and space from the Big Bang to the present and includes the unfolding of uniquely (at least on our planet) human expressions like culture, technology, and consciousness. To really grasp this requires exhuming some of the limiting paradigms upon which we have built our culture, our economy, and our individual behavior.

In this dominant worldview, we live in a clockwork universe governed by the laws of thermodynamics. There is a pervasive, unconscious, and unarticulated belief that entropy is a kind of relentless force that we must constantly battle and that will eventually consume everything. The clock will wind down, and everything will resolve into chaos. Yet, if we step back and look at the larger picture, what do we really see – chaos or order?

The leaves that fall off the tree may end up as a homogenous mass of organic chemicals, but what about the tree itself? The forest that the tree is a part of? The biosphere that the forest belongs to? For that matter, look out our own rocky planet built up of complex atoms forged in the heart of stars, which themselves condensed out of an undifferentiated soup of energy. These are expressions of incredible order, growth, evolution, creativity.

Let me offer that there is law at work that science has not yet fully elevated. This isn’t a new idea. In 1941, mathematician Luigi Fantappiè named it “syntropy.” Others have called it “negentropy.” Buckminster Fuller called it “anti-entropy.” I call it the Law of Creativity. It is the source code for evolution. It is this law that codes everything in our universe to evolve towards ever higher states of organization and consciousness, and we human beings are, for now, the foam on that advancing wave in this little corner of our universe.

And we human beings embody a corollary of that Law that wasn’t fully manifest before we showed up on the planet. With the advent of our large forebrains, opposable digits, and language, evolution has taken a quantum leap into the realm of the created. We have become co-creators. Culture, the relational field in which we swim, is one manifestation of this evolutionary shift. Technology is another, enabling us to take up the stuff of the universe around us to create artifacts that shape our environment in response to our imagination. So, too, is the evolution of consciousness, which is enabling us to understand existence and its possibilities in ways that transcend the current limitations of language and science. All of these are products of the Law of Creativity, the creative upwelling of existence.

When we hear the word “creativity,” we often associate it with the arts. But everything that we profoundly enjoy, everything that fulfills us, is an act of creativity, which literally means to bring something into existence, to form out of nothing. In fact, our every experience and the meaning we make around it is a creative act, bringing something into existence that was not there the instant before.

The difference in meaning from one experience to another, one moment to another, is all about how present we are or are not. Can you recall the times in your life when you felt most fulfilled? What were you doing? It could have been anything, but whatever the doing was, you probably felt that you were in the “flow.” You lost a sense of time. You were exquisitely focused. Everything had a rightness to it. You were completely in the moment, completely present.

When we are truly present, we are living in meaning; the universe is alive. When our experience is being colored by the past or hijacked by the future, the meaning we work overtime to create turns out to be empty and illusory.

The evolutionary jump to life as co-creator has enabled the rapid acceleration of possibilities for the Law of Creativity to unfold and carry us, and the universe with us, to unfathomable new realities as we journey toward some distant and unknowable destiny. The ultimate meaning of that, if there is one, is beyond us. But where we have the best opportunity to know meaning is by actualizing the full potential of the Law of Creativity through our presence in each moment. From presence, we cease to be slaves to the past. From presence, we can manifest any future. Everything becomes possible, including meaning in life.

~Sandy Wiggins works at the intersection of three movements – green building, new economies, and thriving resilient communities. He is co-founder and principal of Consilience, LLC, a national consultancy with a mission to build environmentally, socially and economically sustainable buildings and communities.
www.consilience.net