Richard Rosen: The Maning of Life and “Who Am I?” 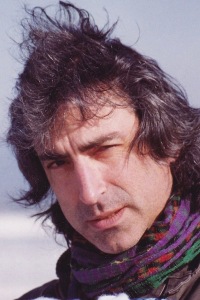 Excellence Reporter: Richard, what is the meaning of life?

Richard Rosen: All life is a manifestation of consciousness. The universe exists because that consciousness is curious about itself, so it creates a “mirror” in which it can examine itself. Each of us is a miniature reflection of that consciousness, our ultimate purpose is to continually ask of ourselves, as the universe does of itself, Who am I? though none of us will ever truly know, enlightenment is an illusion.

Life is in the process of finding meaning, which at present is an unfathomable mystery. We are its agents, its senses, its hands and feet, but consciousness isn’t God, it doesn’t want or need our worship or our obedience, all it asks of each of us is to live our life to the fullest.

Once the meaning is known, this universe will no longer have any purpose and it will wink out of existence. But since consciousness and its curiosity about itself is infinite, another universe with different rules, different life, will immediately flash into existence and the whole process will begin anew, and so on and so on into forever. The question though will forever stay the same, and that is, Who am I? or if you prefer, How can I be truly happy?

With everything in life we do
It helps our life to know who’s “Who”?
And when it knows at last, what then?
Well, ’twas so much fun, it goes again…..

~Richard Rosen began his study of yoga in 1980, and trained for several years in the early 1980s at the BKS Iyengar Yoga Institute in San Francisco. In 1987 he co-founded the Piedmont Yoga Studio in Oakland, California. PYS, which existed for nearly 28 years closed its doors for the last time in January 2015. Richard though still teaches five of his seven weekly public classes at the old PYS building at 3966 Piedmont Ave., now occupied by You and the Mat. He is a contributing editor at Yoga Journal magazine, and President of the board of the Yoga Dana Foundation, which supports Northern California teachers bringing yoga to underserved communities. Richard has written three books for Shambhala, The Yoga of Breath: A Step-by-Step Guide to Pranayama (2002), Pranayama: Beyond the Fundamentals (2006), and Original Yoga: Rediscovering Traditional Practices of Hatha Yoga (2012); he’s also recorded a 7-disc set of instructional CDs for Shambhala titled The Practice of Pranayama: An In-Depth Guide to the Yoga of Breath (2010).
www.RichardRosenYoga.com