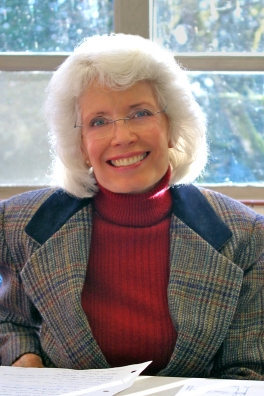 Though the word, “meaning,” is complicated to define, most of us are able to recognize that which is meaningful. I think of that old line about obscenity: “I don’t know what it is but I know it when I see it.” Let’s assume definitions of “meaning” will be different for different people, so even though recognition, unlike definition, is subjective, let’s see where recognition takes us.

I recognize a meaningful experience when someone’s eyes light up. Sometimes, as participants are writing during the memoir workshops I lead, someone’s pen abruptly stops and the writer looks up wide-eyed. At that moment I know a meaningful insight emerged. Similar to the memoirists, researchers in laboratories and libraries and jungles probably look up, exhilarated when they make discoveries. At that moment they may appear to be seeing beyond their physical surroundings.

Meaning isn’t limited to cerebral experiences. Observe the eyes of a birthing mother at the moment when her glistening babe is placed on her breast. Watch a beginning bicyclist as he gets the hang of balance, pedals faster, and feels the wind in his face. The eyes of parents seated in an auditorium may be closed as they listen to their child sing a solo; but when they open, they will glow.

Eyes express meaning during times of agony as well as satisfaction. I remember pictures of wives standing near the entrance to a coal mine, their faces taut with worry, their eyes glinting pain. Other times, in train or bus depots, we have all seen eyes widen when someone there spots a certain person; and when we observe people saying goodbye to each other, we often observe longing. Even when seen through panes of glass, we perceive the longing.

In addition to eyes, other parts of our bodies reveal meaningful experiences, — rapid heartbeats, trembling muscles, goose bumps, gasps, profound sighs, and tears, tears of relief as well as sorrow. Our bodies send signals that tell us what is meaningful. I enable memoir-writers to identify subjects for meaningful chapters by asking them to name the people they loved, feared, hated, esteemed, avoided, couldn’t forget. Following many questions about people, I ask for names of places. Where were you miserable? Where were you injured physically? Emotionally? Where did you recover? We recall emotions in connection with places.

Following questions about locations, I ask about experiences. List your successes. — your failures. When were you filled with dread? When were you unable to sleep at night? When did you do work that felt significant? Where were you when your heart swelled with happiness?

Notice that the memoirists’ accounts spring out of emotional scenes. I discourage writing chronologically because the result usually plods, while heartfelt writing about significant experiences breathes deeply. It reveals meanings. Chapters can be written spontaneously at any time and arranged at a later time. Though personal goals may not have been attained, aspirations become apparent; and as the chapters accumulate, ideals, intentions, and meanings emerge. Reminiscent writing is a way to recognize the people, places, and experiences that provide meaning in your life.