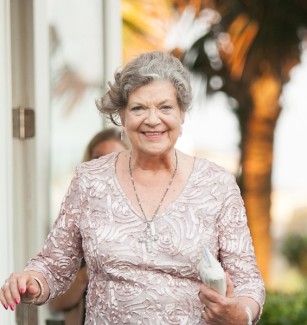 Excellence Reporter: Ms. Karpinski, what is the meaning of life?

Gloria D. Karpinski: As an intuitive counselor and spiritual teacher for several decades, I can testify the number one question behind all other questions for most people is the quest for meaning. What is the mission? Why am I here? Now?

There is no “one-answer-fits-all” if we speak of appearances on the manifestation level. Everyone’s path is a perfect template designed by their soul for individual growth and contribution, from genetics to gender, culture and country, to precise timing of the incarnation. “Know Thyself” written over the Delphic Oracle continues to be the first directive.

Fortunately we have inherited psychological and spiritual therapies, rituals, wisdoms and guidelines from multiple traditions, modern as well as ancient, to help us untie knots that have bound us to illusionary and/or limited concepts of identity and thus our perceptions of purpose.

The deeper we go, the more we seek to understand, the more illusions about who we are NOT wither and die as we cease feeding them. We learn to discern the difference between identity and experience. The meaning of life emerges like the sun dissolving a passing cloud cover.

BLESS AND RELEASE is a powerful motto/mantra to incorporate in a daily practice as awareness increases. Using a strong visual image supports a choice to give to one’s Highest Self all experiences, biases, pains, anything, everything. An Altar of Light is a strong, simple visual that your subconscious and transcendent will recognize as a place of sacred Offering.

With total honesty about feelings and experience–and willingness to release what is no longer needed–the quest for meaning increasingly becomes one of REMEMBERING that we are quite literally made in the image of the Divine, however we name the Presence. We are incarnated aspects of the One Life, drops of water in the sea of life, incarnated to grow and express in the unique pathways we have chosen and to contribute to the evolutionary pathways of our culture. The intention then becomes one of INTEGRATING “heaven” (in this sense, heaven meaning the awareness of the infinite self) and “earth”, our finite physical lives.

Being in the world with intentional pragmatism while staying aware of true identity is a continuing mandate for BALANCING and CREATING with purpose. “Being in the world but not of it.” Not one or the other: both/and.

A big aha happens when we realize that as we think, feel, speak and act, we are CREATING realities that will manifest at some point, with or without our awareness. The law of attraction is no more romantic than the law of gravity. The first real encounter with that principle is “Oh, what have I created?” But the power in that recognition can quickly follow as well as its shadow, the seduction of the familiar that has old patterns imprinted in our neurological systems.

In meditation I was guided to create with care; all things matter. Let go gently; all things pass.

I once met a Tibetan monk who had been imprisoned and tortured for 21 years. Told I could ask whatever I like, my only question to him was “what got you through it?” He answered that he had not resisted it. “I embraced it. Because I did, I could practice what I knew.”

Therein is the wisdom. EMBRACE what is present in our lives and we can then use the tools we have and find peace and meaning in the mix of joys and challenges, not as victims but as awake and aware beings. Sometimes we see with clarity how the pieces of our lives reveal purpose; sometimes we see through a mist; and there are passages when we must rely on FAITH that in time all will be revealed.

LOVE is both the ultimate meaning of life and the means, the Way itself. Deeper than the love of personal preferences, unconditional love honors the life force in all of life. It is the alchemy that binds all other elements of awareness together.

~Gloria D. Karpinski is a holistic counselor, spiritual director, teacher and author. Her seminars as well as her individual indepth life attunements emphasize the relevancy of universal spiritual principles to everyday life and the interdynamics of mind, body, emotions and spirit.

For over thirty years, she has taught all over North America and in many other countries. She has conducted seminars and given lectures for such diverse groups as psychotherapists, actors and doctors, in venues ranging from large conferences to colleges, churches, hospitals and specialized groups.

Gloria graduated from the University of North Carolina. Prior to her ordination by the International Church of Ageless Wisdom, she was a journalist.

She is the author of WHERE TWO WORLDS TOUCH  Spiritual Rites of Passage (1991) and BAREFOOT ON HOLY GROUND: Twelve Lessons in Spiritual Craftsmanship (2001), both published by Ballantine Books.

In 1989, Ms. Karpinski received a grant from the Laurence D. Rockefeller Fund for the Advancement of the Human Spirit. In 2002, she was named the first annual honoree of the Women and Wisdom Foundation, Inc.’s “Service to Spirit” award. The same organization that year created a Gloria  D. Karpinski Spiritual Discipleship Grant in her honor to be awarded annually.

In 2002, Ms. Karpinski was presented the keys to her native city of Greensboro, North Carolina, for her outstanding achievements and contributions. In 2003, she was honored with an honorary ordination by the New Vision Interspiritual Seminary an interfaith seminary in New York, N.Y.  She is on the advisory board of  The Sophia Institute in Charleston, S.C.  and a teacher for the Center for Sacred Studies, an international  interfaith seminary based in Guerneville, California where her book BAREFOOT ON HOLY GROUND is one of the texts used in the two year seminary program.
www.GloriaKarpinski.com