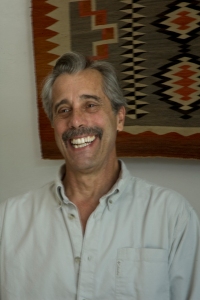 Excellence Reporter: Gerald, what is the meaning of life?

“What do they do?” I asked at age seven.

My father answered, “Everything.”

I wondered, then, what my “doing” in life would be. What would I do because I liked it.

In that moment I glanced around our living room. Every wall was books. Thousands of books.

These particularly interested me. It was a series called The History of Women.

I moved from this series to books by Thucydides, Plato, Aeschylus, Socrates.

Right there, in my own house, my own world, I had discovered the meaning of life, and that meaning was books. And so I began to read, and read, and read.

Some years later, when I was 11 years old I took the leap from reading to writing. And I wrote a novel. Sadly though my sixth grade teacher did not believe I had written it. She believed I had copied it. But I didn’t mind. I went on and wrote another novel, and another, and another.

The years passed, as they will, and my devotion to books became just what my father had said – I was doing it because I liked it … but my passion for reading and writing had far outgrown the “like” and had turned into “love.”

The years, more and more of them, passed. I am now 70 years old and I have written and published over one hundred books and I have edited more than 300. Do not think that I am impressed with these figures. They are of no importance. What is important is that, for better or worse (but mainly for better) I have been a reader and writer for all of my conscious life.

If there is such a thing as God, and I believe there is, He, She or it, resides in the Word.

~Gerald Hausman, the author of more than 70 books for children and adults spent much of his adult life in New Mexico during which time he translated Native origin stories with Navajo artist and friend, Jay DeGroat. Many of these were aired on Navajo Nation radio station KTNN and The Turquoise Horse was included in the Junior Great Books international reading program. It is used in classrooms throughout the U.S. and in the twenty years since its first publication has become a classic in cultural learning for elementary and middle school students. His folktales have also been aired on the History Channel, NPR, and Pacifica Broadcasting.

In 2006 the University of Washington Graduate Film School, (supported by Myra and Bill Gates Foundation and Pixar) created an animated short from Gerald Hausman’s book, The Boy with the Sun Tree Bow. It has been used as a textbook for environmental studies in South America. Twelve of Gerald’s other books are translated in foreign languages and The New York Times praised the anthology Tunkashila: From the Birth of Turtle Island to the Blood of Wounded Knee calling it “An eloquent tribute to the first great storytellers of America.”
www.GeraldHausman.com